Why do walnuts look like brains? A brain health history 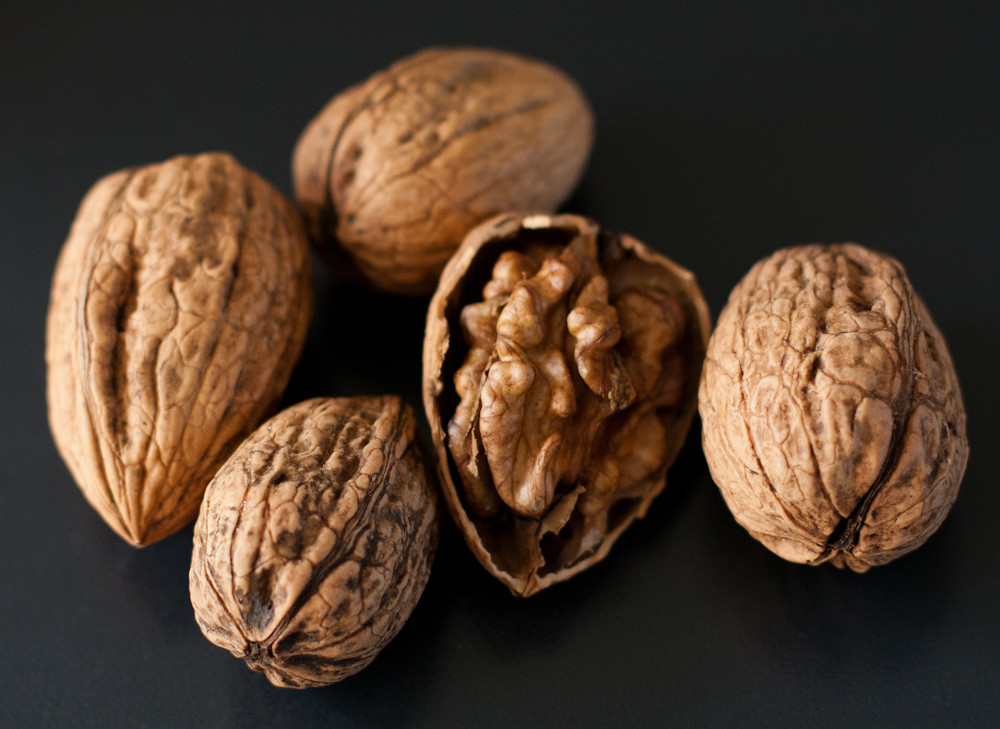 26 Nov Why do walnuts look like brains? A brain health history

Walnuts are shaped like little brains. This is why they are sometimes called “brain nuts.” It’s not just the shape that makes walnuts great for brain health, though. The omega-3 fatty acids in walnuts help to keep the cell membranes of our brains healthy. Walnuts also contain alpha-linolenic acid which helps with blood flow in your brain and can even reduce symptoms of Alzheimer’s disease. These benefits make it clear why walnut consumption might be one of the best things you can do for your brain! But why do walnuts look like brains? Is there something in the history of walnuts that can tell us the answer? This post will discuss these things as well as explore the topic of walnuts and brain health.

The answers to this question are wide and varied. For people who believe in intelligent design, the reason a walnut looks like a brain is because it is a sign from our creator to eat walnuts for brain health. Other people say that it is the presence of omega-3 fatty acids that create the shape of the walnut. Similar to the shape of the human brain. (And both are composed of about 60 % fat, which is another interesting similarity). 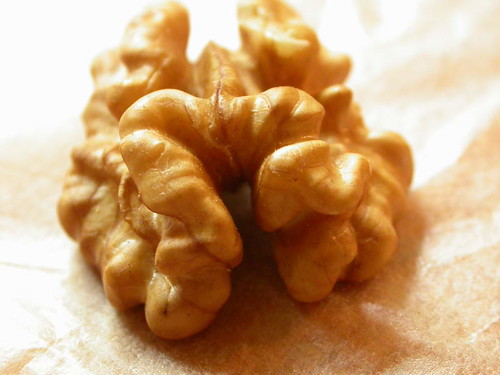 Some very knowledgeable scientists have even better ideas. One says that to increase the surface area of a flat surface (the grey matter of our brains), it makes sense to incorporate wrinkles to maximise surface area. The reason that walnuts have these wrinkles, the same person says is because of the tree-like structure of a plant pressing up against the inside of a hard walnut shell.

Another, similar idea, is that both structures solve the problem of how to fill a small volume (inside the shell, or skull) from the inside out. Both species do this in a bilaterally symmetrical way. This is coded deep within embryology, for reasons we don’t fully understand yet.

Most scientists agree that two different species found similar solutions to the same problem. And that is why do walnuts look like brains.

The evolution of walnuts dates back to the Jurassic Period. Researchers have found new information about the Persian walnut. It has been valued for its high-quality wood and rich flavour of delicious nuts. The hybridization between two extinct species around 3 million years ago created this plant that we now call “Persian Walnuts.”

And there is evidence of walnuts as food in ancient Rome. This means that humans have been eating walnuts for brain health for a long time!

Greek mythology says that Prometheus, an immortal titan who rebelled against Zeus by stealing fire from Mount Olympus, gave a single walnut shell containing all the secrets of human future knowledge to his brother Epimetheus as he left him to create the human race. 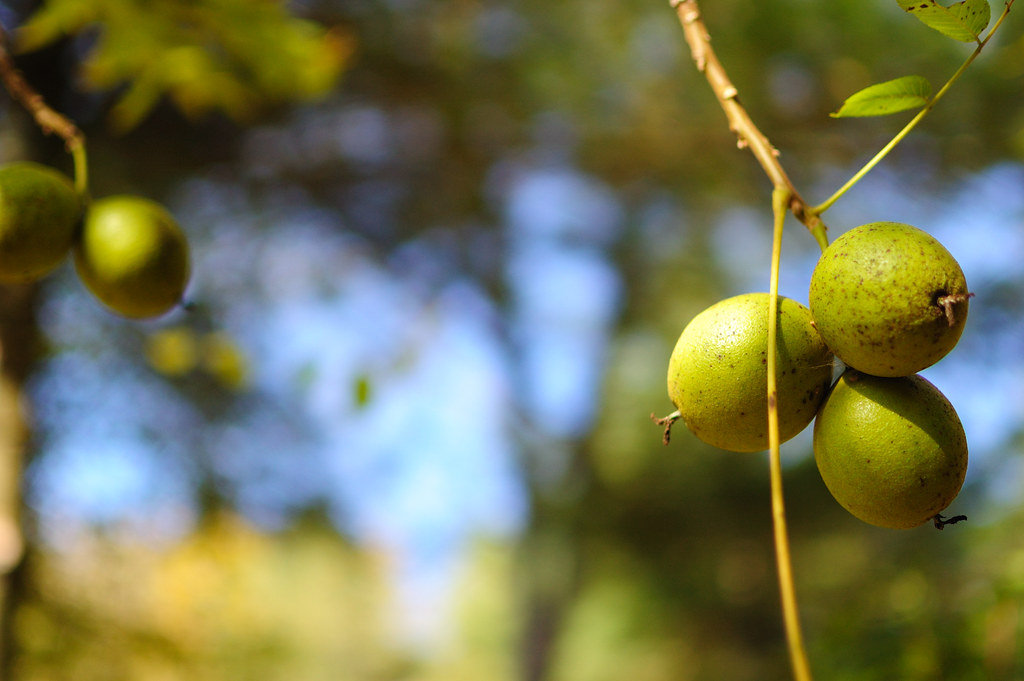 The first historical account of walnut cultivation dates back to Babylon (now Iraq) circa 2000 B.C. However, archaeological excavation of Neolithic sites in southwest France has uncovered roasted walnut shells. This indicates walnuts were being eaten in Europe at least 8000 years ago.

The Romans called walnuts “Juglans regia,” or “king’s oak.” Early history indicates that English walnuts came from Persia and were reserved for royalty. This made them a greatly desired fruit even beyond their native land. The Silk Road routes spread the popularity around Asia. Caravans carried these delicious nuts all along its length before spreading out into far-off lands by sea trade centuries later!

Romans and Egyptians both used walnuts as contraceptives, believing they could prevent pregnancy if consumed before sex. There is no evidence that walnuts actually work for this purpose, however. It’s more likely that such concoctions were a form of “folk medicine”.

In fact, many cultures have made use of walnuts for brain health. Looking at a history of walnuts indicates that people in China have been eating walnuts to improve memory and mental sharpness since the Han Dynasty (206 B.C.- 220 A.D.). In North America, Native Americans used ground-up walnut shells as a treatment for anemia. Whilst early colonists made poultices from crushed leaves mixed with honey which they applied to swellings.

In the 1940s, scientists began looking at why walnuts look like brains and discovered that they contain Omega-three fatty acids. These help keep cell membranes in our brain healthy. Walnuts also contain ALA (alpha-linolenic acid), an antioxidant that helps with glucose metabolism and brain function.

The ancient Romans were on to something when they included walnuts in their diets, as today we know that walnuts are a great way of supporting healthy brain cells! The history of walnuts is fascinating!

The science behind walnuts and brain health

The main reason scientists think that walnuts are beneficial for our brain health is due to the presence of omega-3 and other fatty acids. Our brains are very fatty organs and are made up of about 60% fats. Omega-3s optimize brain function at the cellular level because they create an atmosphere that makes neurons and other nervous system cells react more effectively due to health elastic membranes which allow nutrients in or waste out most efficiently. Brain cells exposed to adequate amounts of omega-3 are also able to receive and transmit electrical signals better; thus increasing one’s cognitive abilities! 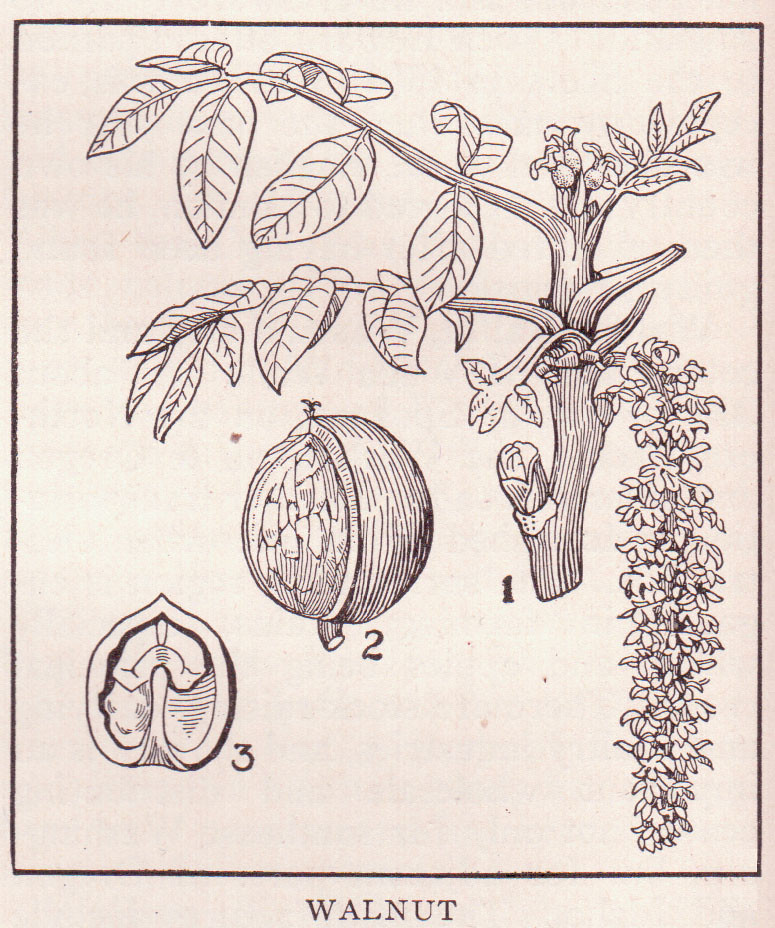 Walnuts also contain antioxidants that protect the brain from oxidation (a common problem with brain function being so dependent on oxygen).

Other benefits of walnuts

Like other nuts, walnuts are high in fibre. Fibre binds to cholesterol and prevents its accumulation on artery walls reducing your risk of heart disease.

What’s more, research has shown that eating at least five servings or about two handfuls per week can reduce LDL (low-density lipoprotein), the so-called “bad cholesterol,” by up to 24 per cent.

Another reason that walnuts are good for your heart is that they contain a compound called ellagic acid. This is believed to have anti-inflammatory and antioxidant properties

Benefits in Treatment of Type 2 Diabetes

Walnuts and diabetes: Walnut consumption has been shown in some studies to reduce insulin resistance, lowering blood sugar levels after eating. This is an important benefit because many people who have type two diabetes also have other problems such as high blood pressure and obesity.

There is a promising body of evidence that suggests that walnuts may protect against certain types of cancer.

One study performed at the University of California, Los Angeles found that adding just two handfuls per day to someone’s diet could reduce their risk for prostate cancer by as much as 38%.

Another study from Loma Linda University in California found that eating walnuts increased the antioxidant levels of blood, which might protect against colon cancer.

Although they are an incredibly healthy food there is one potential safety concern with them and that is why they should not be eaten by children.

In conclusion, it may be a bit of a mystery why walnuts have the shape that they do but one thing is for sure – we can’t seem to stop eating them! We all know that nuts are good for us and now there’s even more reason why.

Tell us in the comments, what is your favourite way to eat walnuts? Do you prefer them in pesto, or do you reach for them as a snack! We would love to know!

“Walnut” by Ioan Sameli is licensed under CC BY-SA 2.0

“Walnuts” by Pauline Mak is licensed under CC BY 2.0

“Walnuts on the tree” by Darron Birgenheier is licensed under CC BY-SA 2.0