Low carb or keto – should you consider it? 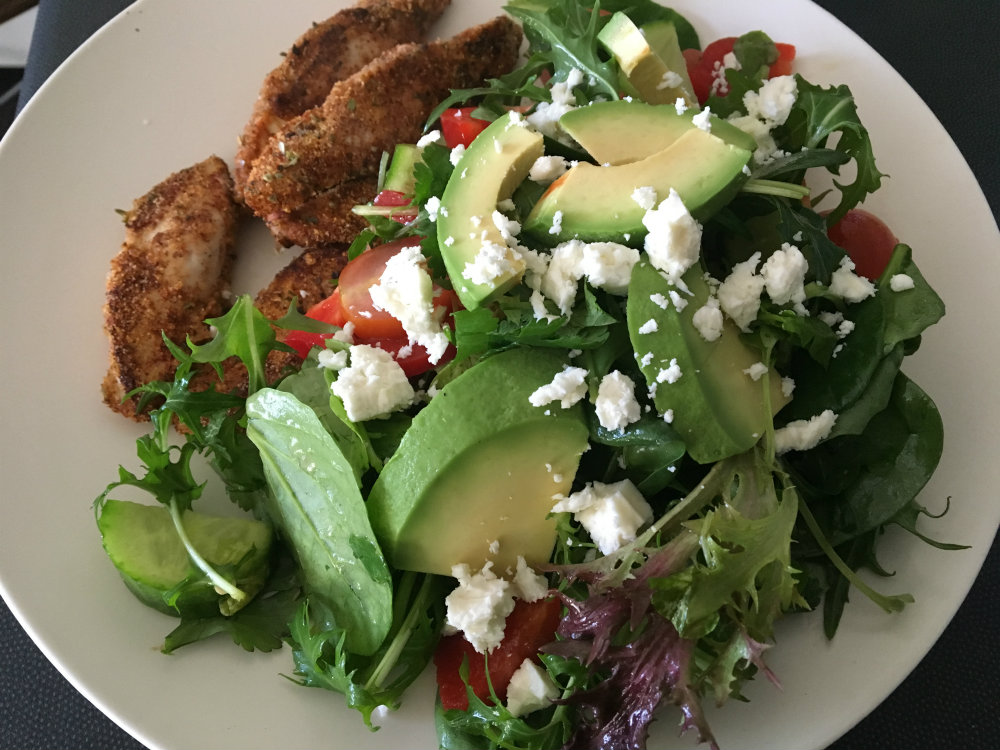 28 Jul Low carb or keto – should you consider it?

Posted at 09:27h in Nutrition science by Sarah 0 Comments
0 Likes

I think that I stand corrected. I have always been scathing of low-carb or keto diets (and paleo is a whole other extreme, although on the same spectrum, I guess). I understood that the weight that was lost on these diets was ‘false weight loss’ – because rapid weight loss at the beginning of these diets is actually a loss of 4 g of water for every 1g of glycogen in your muscles. You are mostly losing water, not fat, and when you start eating ‘normally’ again, you will replenish your stores of glycogen, and yes, for every gram that you store, you will store the 4g of water – so you will put the weight back on again in no time!

I was curious to know what happened after that initial weight loss – does low carb really induce you to burn your fat stores, without a source of carbohydrate to give you energy? To be honest, when I look at my weight loss and body measurement data over the past 9 months or so (compared to the four months that I have been eating low-carb), it is clear that I have lost barely any weight after the initial loss of about 5kg, and although I have some exciting results in my body measurements, the waist measurement does bounce around a bit. Sometimes, I am quite a few cm less than my smallest measurement at the end of a 12WBT round, but sometimes it comes back to some kind of base level, which is still quite a reduction on the starting measurement.

So, I am not totally convinced as yet, that low-carb or keto diets will produce ongoing, sustainable weight loss, but I will say this: I am certainly not putting ON any weight, and that has been an issue over the past few years, since I stopped smoking cigarettes. Smoking cigarettes or other drugs can increase your BMR (Basal Metabolic Rate), and increase the amount of energy that your body uses at rest, or over the day. It took quite a few months, but I did notice that my weight was creeping up slightly over time, since my quit, and no matter what I tried, there didn’t seem to be anything I could do about this.

Now that I have been eating low-carb for approximately four months, weight loss is VERY SLOW, to the point of being virtually non existent, but the numbers are still slowly going down. As prevention is considered the best treatment for weight control, this is a very positive thing. Eating a diet that effectively maintains your weight, is very healthful.

What about the other health benefits of low-carb diets?

The main reason that I decided to try this diet was because I found a recipe and research book by the CSIRO [1]. As a peak scientific body in Australia, their recommendation of low-carb as a healthy way of eating has a lot of credibility. The research that they presented in their book: Low Carb Diet – CSIRO, suggests that low-carb diets can have big impacts on diseases such as diabetes and even heart disease. I had also read in another source that low-carb can help to protect your brain from degenerative diseases like Alzheimer’s [2], which is pretty ground breaking if you ask me.

I will soon go and get some blood tests that will confirm or deny that the markers of some of these diseases have reduced. I am pretty sure my blood sugar might have come down a bit. I haven’t eaten hardly any sugar for about four months, and this has got to be good. A couple of weeks ago, a friend wanted to bake a lemon tart and brownies for me, and I wanted her to be happy, so I ate some of these baked goods (including sugar). The intense illness and discomfort that I felt after eating one of these brownies gave me some idea of the effect of sugar on the body, and it is not pretty. Apart from that, 85 % cacao chocolate weighing in at about 3.0 g of carbohydrate is my friend.

Changes to the way my body metabolises nutrients

One thing that I am noticing more and more is that I am so much more sensitive to the effects of the substances I put into my body. The most obvious example is a recent disaster with a medication that I take (I will spare you the details right now), that had me Googling ‘Do low-carb diets make you more sensitive to medication?’ The answer I found was definitely maybe.

I also notice that I am more sensitive to coffee and alcohol. This may be due to the removal of gluten from the menu, which may have caused my gut to heal. Gluten can perforate holes in your gut even if you are not gluten intolerant, and can compromise your immune system [2]. It could be that not eating gluten for some time, could have improved the sensitivity of my gut, so these substances pass through more easily. I am not actually sure what is causing this increased sensitivity, but it must be some change in the way that my body is processing food and nutrients. It is interesting.

In the past I have written about Paleo diets and the fact that they suggest a diet of 80 % meat. I have never felt that this was a really good idea for lots of reasons. In the same vein, I do not think that Atkins or BodyTrim is a healthy way to eat. I am certainly not advocating sitting down to a plate of bacon and eggs every morning, even if there is no gluten and no carbs on your plate. Nuts and seeds are probably a better bet!

The CSIRO low carb diet is proving an amazing resource of recipes. Many of them, I am still exploring and discovering, even after 4 months of using the book. The novelty is certainly refreshing and fun, but my absolute favourite part of eating from this book is that over time, I am becoming more used to eating huge amounts of vegetables. Obviously, being the CSIRO, they offer recipes that contribute to the national Nutrition guidelines, and this means MORE vegetables.

Even though that might be scary to some people, the way that the CSIRO present their vegetables with delectable dressings and marinades makes the experience so incredibly delicious. It also takes more time to eat a meal from the CSIRO low-carb diet book, because there is so much more chewing involved, but it is ultimately more satisfying too. Protein might be a good way to manage appetite control, but I would argue that so much fibre and nutrition can also contribute to that aim as well. I feel really unsatisfied if I go out to a restaurant for dinner and they serve their idea of low carb, which usually just means a piece of meat, and perhaps some small garnishes. Over time, I really look forward to all the vegetables and how satisfied it makes me feel.

Similarly, something has changed with regard to my appetite during the day. I think it is true that you will be so much more satisfied and less hungry on a low-carb diet. I have cut out my mid morning snack of a boiled egg, that was so crucial to me a few months ago, and am even starting to skip the 3 pm handful of macadamia nuts, too. I do feel a bit hungry around those times, but I can also manage to get to my next meal, no problem at all.

So, in conclusion, I would say that there are many, many benefits of a low-carb diet. I am not sure that significant weight loss is one of them, but I draw no conclusions at this point. The signs are positive, and it will be great to get some of those blood results back to see if there has been an improvement in cholesterol or blood sugar etc.

To my mind, it is worth it for the increase in vegetables alone! Eating more vegetables is probably one of the top things you can do to improve your overall health and longevity.