a world of the senses of smell and taste 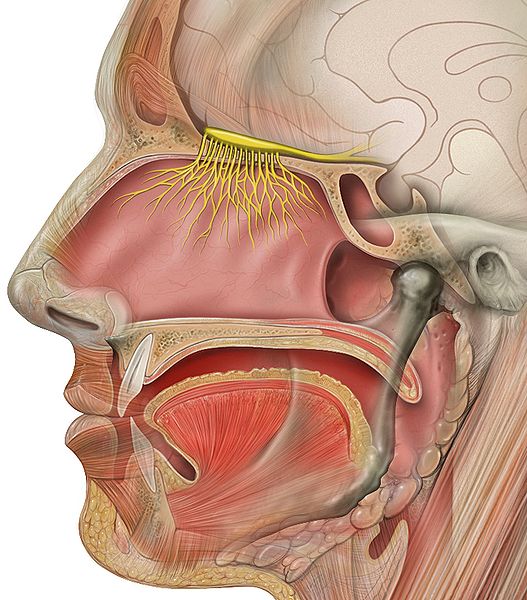 27 Nov a world of the senses of smell and taste

Posted at 19:45h in Nutrition science by Sarah 0 Comments
0 Likes

I have found a whole other world in the sense of smell and taste in the past couple of weeks! The first thing I noticed is how delicious food had become, and how disgusting the taste of our water is. It seems to be filled with a whole heap of chlorine and other nasty tasting stuff, which does not inspire the greatest confidence regarding this essence of life. I am going to get a source of filtered or spring water.

A world of fragrance

Then I noticed how much more I was sensing people’s perfumes and other smells in the world. It is so delightful! I never knew the world was so filled with so much invigorating fragrance. Fragrance which can stay in a room after someone has left. Sweet, and citrusy, or deep and musky. It is lush!

So I wanted to know, what is it that allows us to interpret these sensations? 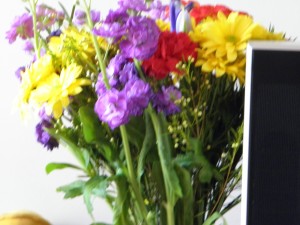 Anatomy of the nose 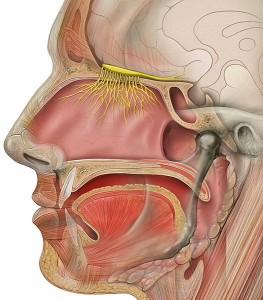 We have two olfactory bulbs at the top of our noses, near the base of our brains, and these contain a collection of olfactory neurons. The neurons pass through a porous bone in the nose and into the nasal cavity. At this point, odour compounds interact with the olfactory neurons and this is converted into an odour signal that is communicated to the brain. [1]

Olfactory neurons regenerate over time, unlike other neurons in your body, and this is thought to be because they can become damaged by environmental chemicals.

How much effect does smell have on taste?

The interesting thing is that information from your olfactory neurons and your sense of taste both move to the orbital frontal cortex, where the sensations from your taste receptors and smell receptors are combined to form a perception of a single flavour. This information is then relayed to your tongue, where you perceive the flavour of a particular food. [2]

This is thought to have developed to protect us from foods which are poisonous or spoiled. Sweet or salty foods are usually indicative of foods which are providing us with essential macronutrients, however, foods that are perceived as bitter or sour are often associated with foods that are spoiled or poisonous, and our brain collates this information to protect us from eating dangerous foods. [2]

How do we discriminate between so many odours?