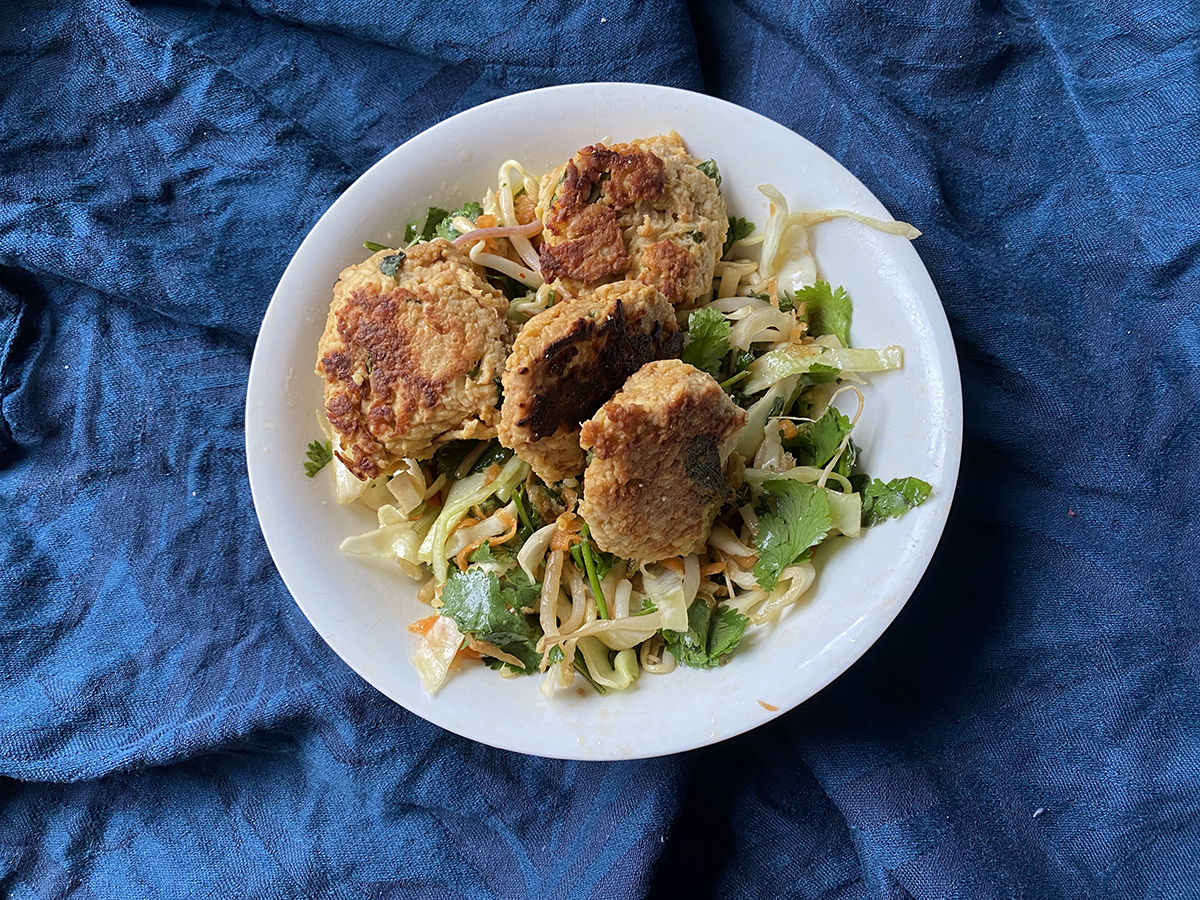 I was craving the chicken cha patties that I had made in bun cha before becoming a flexitarian. And I was curious if I could create something similar with plant-based ingredients. The Vietnamese salad will take care of itself.

It took a bit of experimenting, but I think I have developed something that has the right texture and taste to eat with a vegan Vietnamese vermicelli noodle salad, and which is even tastier when refrigerated to snack on later.

It is all about the seasonings. I used some common Asian ingredients, to make the vegan patties really pop. 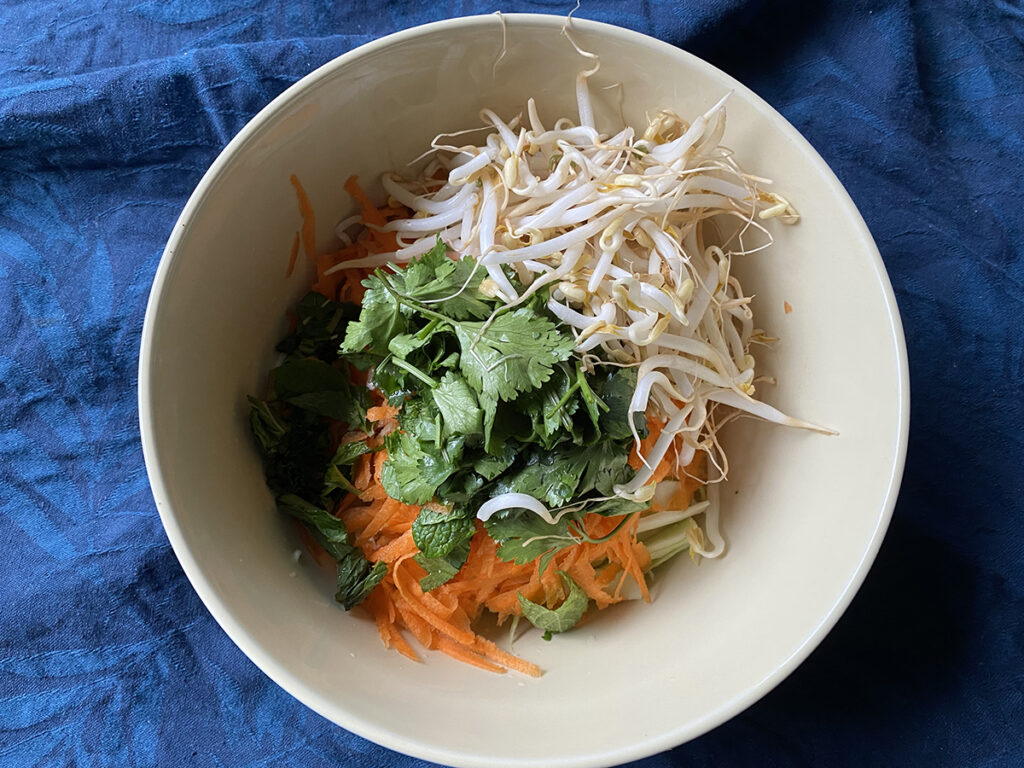 These were the ingredients for the cha patties

Garlic powder – adds a certain something to the flavours

The work of a moment!

And wait! I know what you are thinking – what a hassle! I thought the same thing myself, but it comes together very quickly and what’s more, it is an adventure, once you begin, it doesn’t take too long to make the bun chay patties.

The Vietnamese vermicelli noodle salad is a few more ingredients, and the dressing too, but it does come together pretty quickly too.

The good thing about this recipe is that you can make a batch, and it can last for two meals. I love cooking this way because it means that the return on effort is greatly maximised.

It is important to cook the vermicelli noodles first so that they are ready when all the other parts of the salad are finished.

Grating the tempeh allows it to form wonderfully ‘sticky’ patties that closely resemble the cha in bun cha (also known in vegan circles as bun chay). Once the tempeh is grated, it doesn’t take very long to add all the rest of the patty ingredients and stir to make a sticky ‘mince’ like mixture.

While the patties are cooking, you can cut up all the salad ingredients and make the dressing.

Then, all that needs to happen is to put it all together in a bowl and ENJOY!! 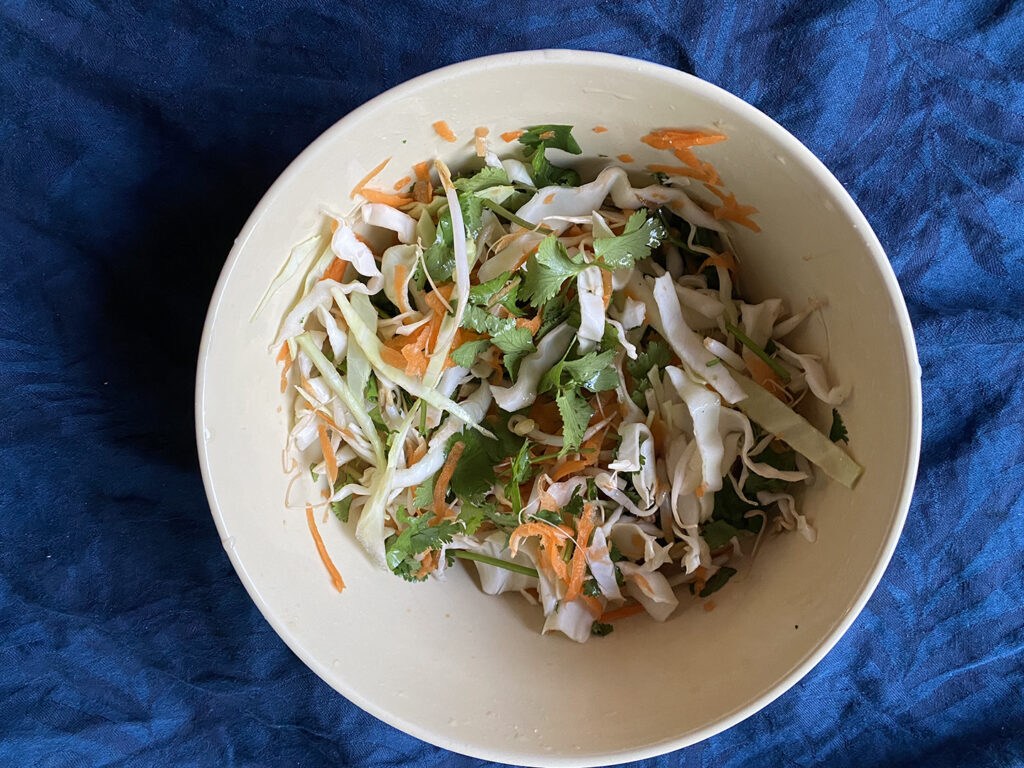 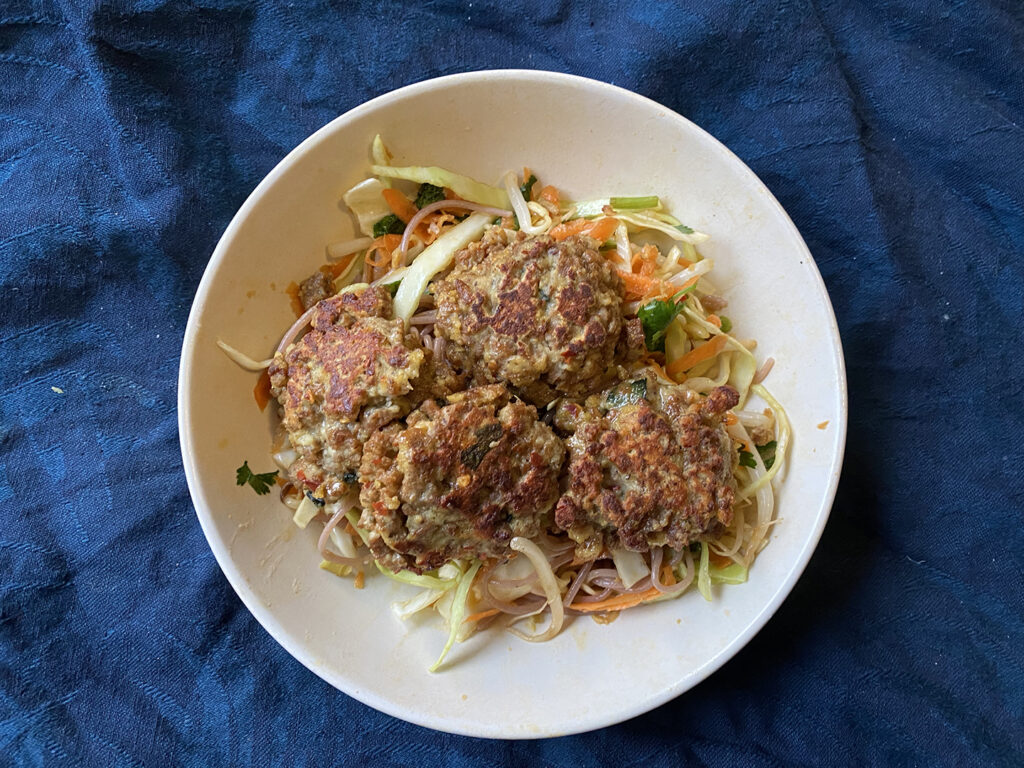 The salad can be refrigerated after being made for up to three days. The bun chay patties can also be stored in the refrigerator (and make a great snack) for up to five days. To serve, simply serve the salad and put the patties on top and enjoy!

If you want to save the salad for longer than three days, I would recommend keeping the dressing in the jar and tossing it through the salad on serving.

This recipe is a good source of protein and vitamin A. It is also a good source of iron and because it has a good dose of vitamin C, that non-haem iron will be more easily absorbed into your body to deliver oxygen to your muscles and vital organs.

It is a little higher in sodium than most of the recipes on this site. To reduce sodium, buy salt-reduced tamari instead of tomato sauce and also go for a low sodium vegan fish sauce.