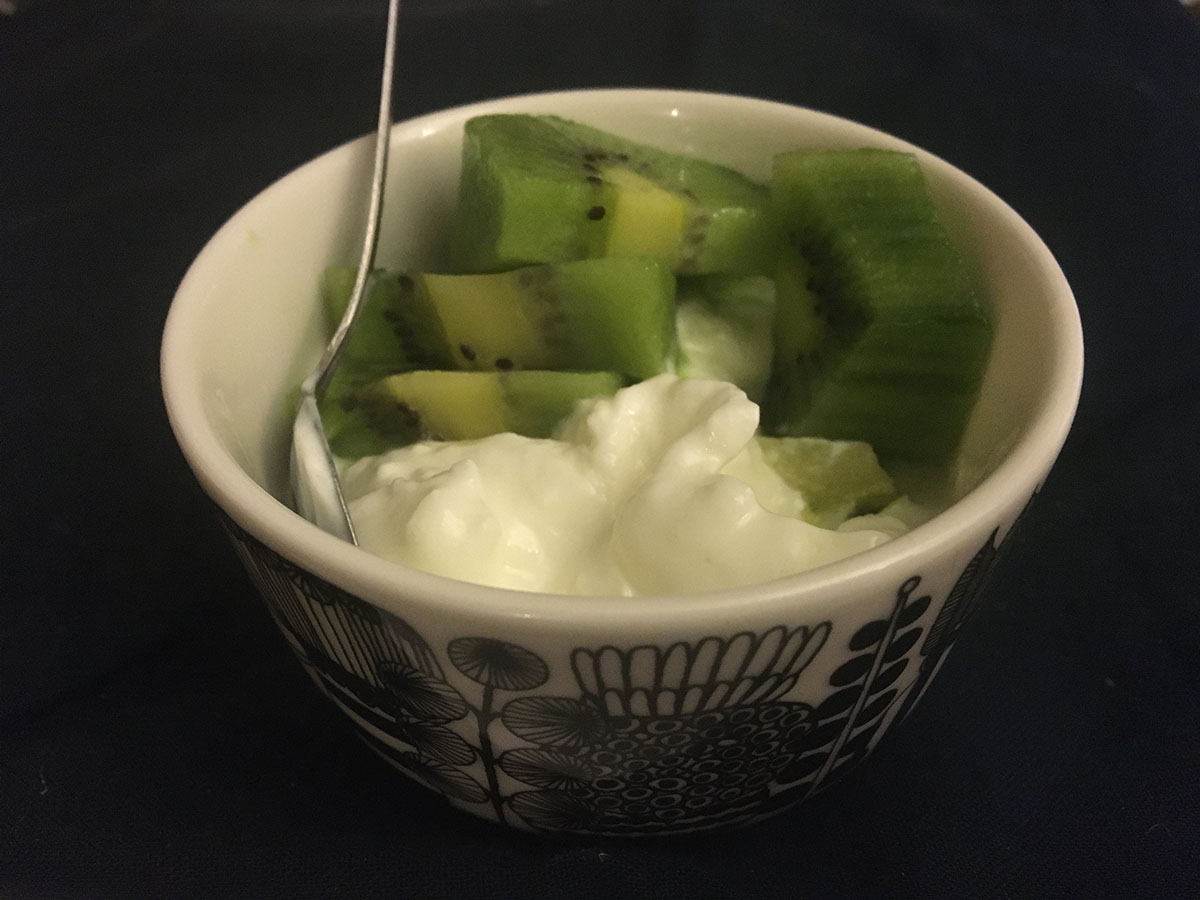 My thoughts are that a lack of calcium can additionally be a cause of costochondritis. Hell, it hurts! I haven’t had this kind of pain and discomfort in my chest plate since those days all the way back when my nutrition (and mental health) was pretty out of balance. At the time, it was magnesium that cured my ills, but this time I know it is calcium because I have stopped drinking calcium-fortified nut milk in the past week and have substituted this with hemp milk.

Long story short, hemp milk does not naturally contain calcium, as far as I can tell. I was excited when I first found the Ecomil hemp milk in my local organic wholefoods grocery shop because it supplied nearly 50 % of the daily required calcium. After reading that other brands of hemp milk supplied this amount of calcium too, I thought it was a natural component of the hemp seeds.

So, in addition to being a more ecologically responsible choice, hemp milk was marketed to me as the source of calcium I was looking for. Vitasoy almond milk is fortified with calcium, but I have always been a bit suspicious of how effective fortification is and wondered how much calcium my body actually absorbs.

I now have the answer, because in a fit of desperation I bought six tetra packs of Ecomil hemp milk online in a bid to get access to the milk that had recently disappeared off my local grocer’s shelves. There was only one problem. The hemp milk I was delivered was a new formulation and had new shaped packaging. It had been revamped. And looking at the nutritional panel suggested that it contains no more calcium – zip.

This indicates that the original formulation was fortified as well, and after further investigation of the Ecomil website, it seems that they say that no plant milk naturally contains calcium. Furthermore, when I looked at the nutritional information for hemp seeds (of which hemp milk is produced), there was no mention of calcium at all.

What are some of the physical symptoms of calcium deficiency?

The upshot is that it has been about a week since I drank calcium-fortified milk and a couple of days since I ate any cheddar cheese (I would like to avoid this if possible due to the saturated fat). I have a few spoonfuls of Greek yoghurt with breakfast, but this is about the extent of it. And now, my breastplate feels very uncomfortable at times. At first, I thought I was having heart problems but realised after a while that it is the lack of calcium in my current diet that is most likely (or most definitely) causing this pain.

I know it is anecdotal evidence, but at least it puts to rest the idea that the calcium-fortified nut milk is providing no significant calcium if I am getting these symptoms without it.

Tonight, I plan to snack on some Greek yoghurt as I recall the pain can be the worst when trying to sleep. I am not 100 % sure that the ache in my breastplate is the same as costochondritis, but a quick Google search indicates that it is likely the same condition. So, if you suffer from this condition, don’t hesitate to get more calcium and more magnesium into you!

The elephant in the room -dairy milk

I guess you might be wondering – why not just drink dairy milk if calcium is such an important mineral (which it definitely is)? My answer to that is that for people like me, perhaps, who are lactose intolerant (and this includes many of us), drinking dairy milk does awful things to my skin. It makes it oily and I get pimples. It also doesn’t do my digestive system much good. All of these things indicate to me that dairy milk is not good for me (at least).

Furthermore, I believe there is scientific evidence to suggest that a diet high in proteins reduce the absorption and enhance the loss of calcium from the body anyway, although, similarly to plant milk – I will take whatever I can get! A bit more digging suggests that dairy is well absorbed compared to fortified plant milks.

Upshot for me personally is that I think I will be reintroducing (low-fat) cheese into my diet and continue to eat a serving of Greek yoghurt a day. I think it is important to note that low levels of vitamin D also enhance loss of calcium from the body, and that vitamin D is the one vitamin that you should not be afraid to supplement.

Where do you get your dietary calcium from? Are you getting enough?