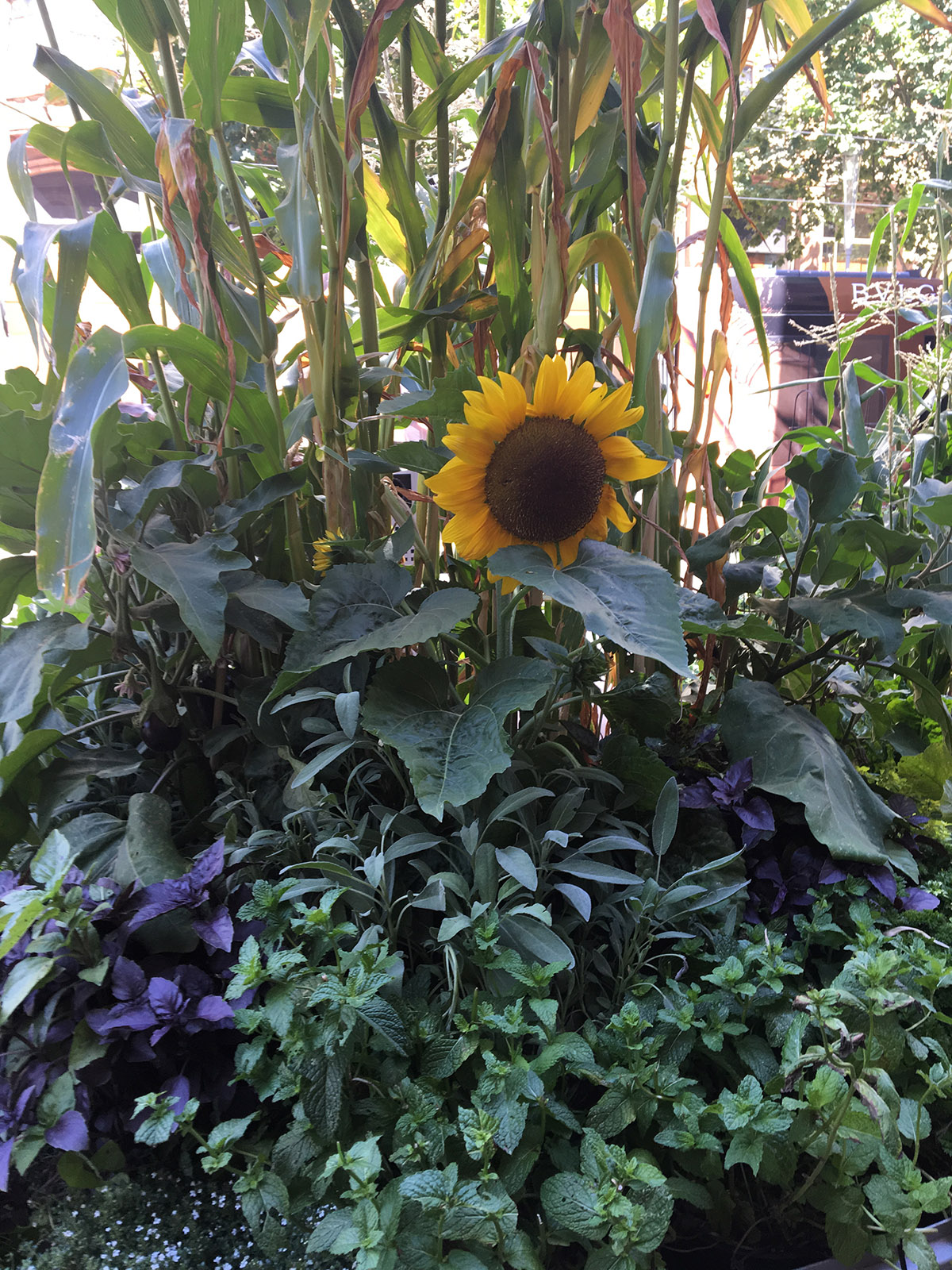 Liam Gook of Wayward Wanders took us on a ‘Greenie Tour‘ as part of Sustainable Living Festival. It was a great tour, under the most challenging of conditions. When Liam checked the temperature at the end of the tour, it was 4-0 degrees. We walked through some of Melbourne City, Fitzroy and then East Brunswick along the Merri Creek to Ceres Community Environment Park. It was a tour designed to point out some of the green and sustainability initiatives that are thriving in Melbourne. We did not use a lot of energy to go on this tour. We walked most of the way, and caught two trams for some of the journey, but mostly the power came from our legs, our minds and from Liam’s voice.

There is something about doing a tour like this under the least hospitable of conditions. It is almost like we are testing ourselves to be able to function in these kinds of conditions. And believe you me, we are going to have to adapt. Climate change is happening. Townsville floods, the freezing temperatures in Chicago and the hottest January on record in Melbourne are just some of the examples that let us know that our planet is under significant duress. As human beings, and as animals, we are sensitive to the elements, and as such things like heat, cold, lack of water and clean air are going to put significant amounts of PRESSURE on our fragile life systems and psychologies.

It is not ALL doom and gloom though. There are some people locally in Melbourne who are doing some amazing things. In terms of the environments which people need to live and work in, as the world moves towards more inhospitable climates, Council House 2 in Little Collins Street of Melbourne, is designed and built to create comfortable spaces for work for the people working in the Melbourne City Council offices.

It really was an amazing building. The western facade has automatically movable louvres, which shut out the hot western sun. They do let some light in, so workers are able to conduct their industrious activities inside. The northern facade of this beautiful building was a green space of gardens and balconies. The eastern side was not very noteworthy, but the southern side of this building has been designed to let more light in at the darker, bottom of the building, and to have big tubes on the side of the building to cool the building. This technology has actually never been used, because the building is so beautifully designed that it does not require the cooling facilities. Hope springs and abounds!

Social and mental health matters too

It was also so amazing to hear about the rooftop garden of Council House 2 and how it is a social space for people to gather and converse. As Liam mentioned, sustainability is not just the design and preservation of nature. Sustainability includes priorities such as mental health and social life as well!

It was so exciting to see this example of design in Melbourne city and to hear about other buildings with 6 or 7 star energy ratings in the city. It seems to me that this is one of the MOST IMPORTANT parts of planning for our future under the pressure of climate change. Our habitats are going to be the thing that determine if we survive and adapt to these challenges, or if we perish and get wiped out, like the Aboriginal people of Australia nearly did back in 1788, when Australia was settled by European colonists.

The Wayward Wanders tour that Liam conducted was an incredibly interesting tour with so much information. I would love to tell you about all the things I learnt from Liam yesterday, on this tour that was put on as part of the Sustainability Living Festival, but I am afraid that this would ruin the surprise you would get for going on one of these tours yourself.