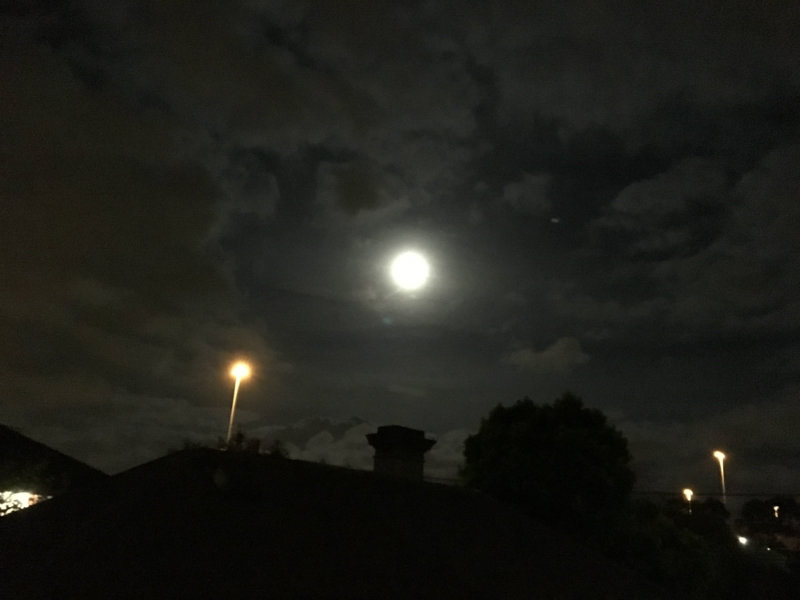 It is an exciting night in the world. The moon is the closest it has been to Earth since 1948 and as close as it will be until 2034. It is a supermoon!

A supermoon has a negligible effect on the gravitational pull on earth and is not responsible for any noticeable effects in humans, much less the cause of significant natural super disasters, but it does help to get humans thinking about nature and appreciating our environment.

Although there is the belief that full moons are responsible for crazy things happening, and making people crazy, studies have shown that there is actually no statistical connection between a full moon and human biology or behaviour.

Some people think that because we are composed of 75 percent water, that the gravitational pull of the moon may affect the water in our bodies, but this is really interesting. Tides on the earth act over great distances. This is really cool!

The ocean on the side of Earth facing the moon gets pulled toward the moon more than does the center of the planet. This creates a high tide. On the other side of the Earth, another high tide occurs, because the center of Earth is being pulled toward the moon more than is the ocean on the far side. The result essentially pulls the planet away from the ocean (a negative force that effectively lifts the ocean away from the planet). – Live Science – It’s just a phase. The Supermoon won’t drive you mad.

The point is that because the gravitational pull on one side of your body compared to the other is negligible, there is no effect of tides on the water in your body. Fun, hey!?!

It is still a beautiful sight in the sky, the beautiful Supermoon, and makes me think of the beauty of natural bodies of water, trees and the birds.