Posted at 17:46h in Nutrition science by admin 0 Comments
0 Likes

Justification for a cure

In follow up to yesterday’s post, it would seem true enough that the references used by proponents of the alkaline diet are not evidence based, peer reviewed studies, but books. And we all know that anyone can write a book about anything and get it published.

But to be clear, just because there is no evidence in the form of random control trials (RCTs), it does not necessarily mean that a treatment is effective.

many of the treatments that are being used today such as external defibrillation, tracheostomy for blocked air passage, rabies vaccine, penicillin for treatment of pneumonia, epinephrine injections to treat anaphylactic shock etc. have never undergone scrutiny by RCTs of any kind. Furthermore, treatments such as Prozac, who’s efficacy is under constant scrutiny, have undergone numerous double-blind RCTs yet the evidence remains ambiguous; and this is just one of many questionable drugs currently being prescribed. [1]

This is due to the fact that there is a hierarchy of evidence in medicine:

Historically in medicine three parallel methods have co-existed over the years for determining whether treatments are effective. One school of thought suggested that treatments need to be observed directly by comparing two groups of people; one group receives the treatment and the other does not. The other school of thought said that before being able to justify that a cure was a result of a specific treatment, the underlying causes of health and disease must be understood. The third was an authority, the final say of the ‘experts’ whom, because of their position of authority could at times trump external evidence. Evidence based medicine evolved from the first method. [2]

No one ever said it was not a good idea to eat a lot of fruit and vegetables! Weight is lost, slowly but surely. Also, I have never had such gorgeous, glowing skin. So, the Beauty Detox Solution deserves some credit.

It is just that there is no science based evidence for things like an alkaline diet, or any evidence for the fact that it works in treatment of things like cancer. However, as shown as above, this doesn’t mean it doesn’t necessarily work. In my research I have found a noted absence on any studies into an alkaline diet, not just studies which show that it doesn’t work!

Why is evidence based science useful? 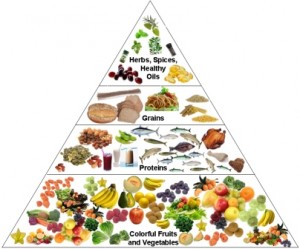 In my current course in Nutrition Promotion, evidence based science is very useful at showing what nutrition promotion interventions have worked in the past. In the case of obesity in preschoolers, there is no need to reinvent the wheel every time you want to intervene to implement a program in a setting, because there is a plethora of information in peer reviewed journals that demonstrate strategies that have worked in the past.

You realise that there is a real collaboration in health sciences, where you can build on the knowledge and work of people before you, and the intellectual capital grows, as more studies and programs are implemented and evaluated.

“In 1996 David Sackett wrote that “evidence-based medicine is the conscientious, explicit and judicious use of current best evidence in making decisions about the care of individual patients” [3] Of course, evidence based science sometimes overlooks some of the more quality of life and qualitative considerations which occur in the interface between people and science.

It can be useful to guide decision making, because population based studies can show one way or the other the effectiveness of various health treatments.

The case for scientific method. The strongest evidence for therapeutic interventions is provided by systematic review of randomized, triple-blind, placebo-controlled trials with allocation concealment and complete follow-up involving a homogeneous patient population and medical condition. [4]

It makes for interesting reading as well!

What works? How do we know? History has shown that human “intuition” and the experience of doctors and patients are terrible ways to figure out which treatments are actually effective.1 Although science is far from perfect, careful experimental testing is by far the best way to find out if medicine or therapy works. Hooray for science! It’s the basis for every major medical advance in history. [5] 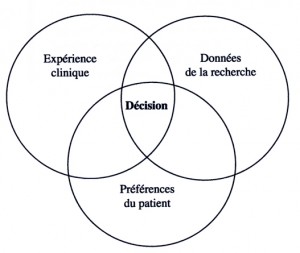 What I really like about evidence based science, however, is the fact that it guides people like me through the incredible inconsistencies in nutrition. If some nutritionists say that dairy is important for calcium, and others say that it creates acid in the body, and can not be digested.

It is hard to know who is right and who is wrong. Perhaps evidence based science is the thing that can distinguish between these different theories!