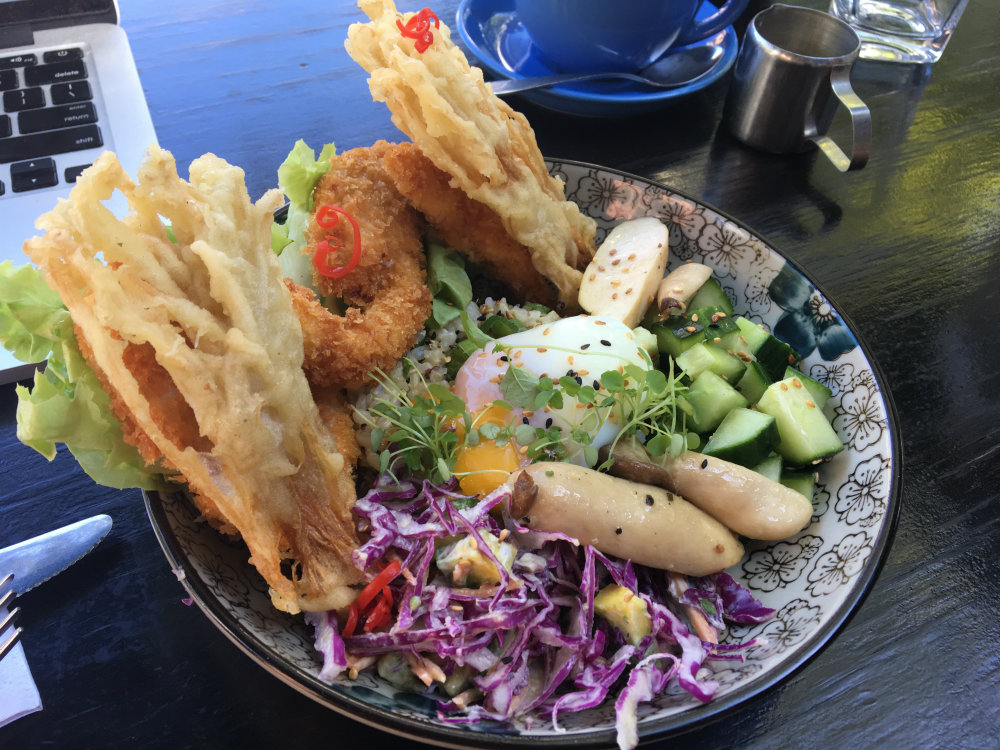 Posted at 13:36h in Nutrition psychology by Sarah 0 Comments
0 Likes 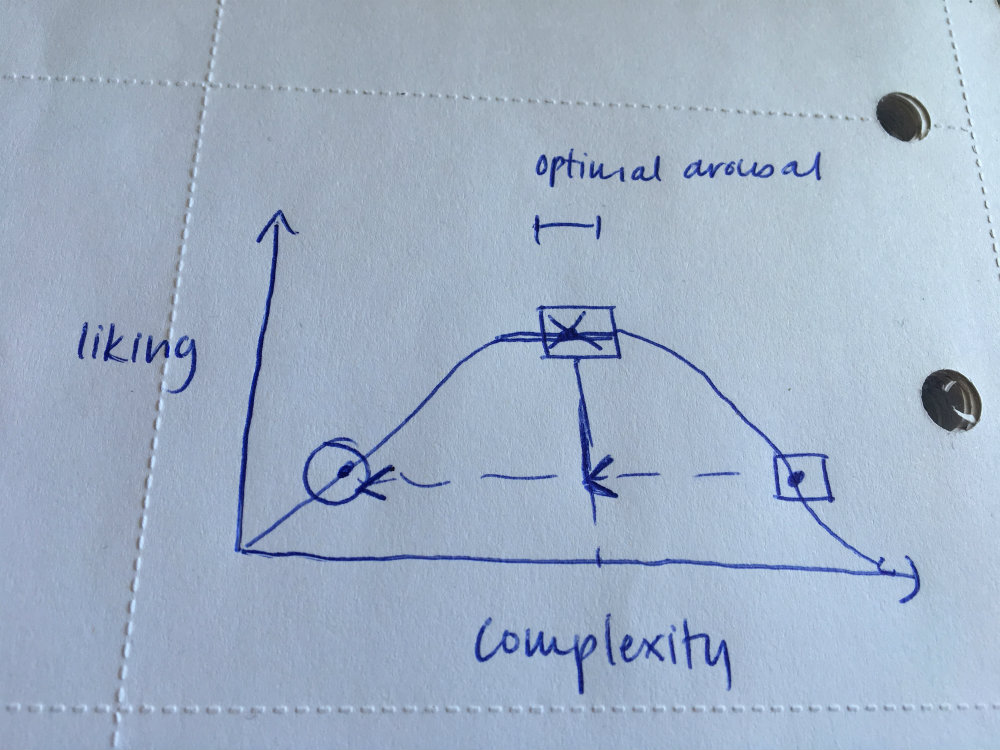 For example, you might try a new bottle of wine, and as it is your first taste of this wine, you might perceive the taste of the wine as pretty complex. You therefore don’t like it very much. As you drink the wine repeatedly though, or on buying the same bottle again, the complexity of the flavours reduce and you reach a point of optimal arousal, where you like the wine very much.

As you keep drinking the wine, the flavours become less and less complex, so you start to like the wine less than before.

This is the theory. Does it work in real life?

With this in mind, I was determined to try a new dish at one of my favourite cafes in my neighbourhood – Breakfast Thieves. The perceived quality of this dish was high, because I had overheard someone saying how good it was last week.

Looking at the menu, I realised that it is a very complex dish. At least from the point of view of Australian culture. It may be perfectly normal in an Asian country.

The complexity of all the different ingredients seemed foreign and strange to me, when I first read the menu. I couldn’t imagine how all these different flavours and ingredients would work together. Poached egg with oat crusted chicken and rice? That is different!

I was in the mood for an adventure today, and made a plan to have lunch at Breakfast Thieves. This is what was served for the Mr Kok Kok Kai lunch.

It was so interesting and fun to eat. It reminded me of one of those Asian rice bowls, with different vegetables and meats, but it is so incredibly creative. There was tempura enoki mushroom, and the seasame oil, confit mushrooms were a taste sensation. The tastiness of the oat crusted chicken was complementary to the rice and the salads presented.

My adventurous lunch at Breakfast Thieves left me feeling utterly satiated, and content. It was a fun experience too. They have a lot of interesting dishes on their menu, and my first experience with one of their most creative dishes makes me want to explore more.

Complexity and liking in a real life situation

To be honest, I am not sure that this lunch at Breakfast Thieves supported the theory that increased complexity, beyond optimal arousal results in less liking. I did consider the dish relatively complex, because of all the different ingredients, and the way they were combined in an unusual way (to me).

However, perhaps due to the fact that each of the individual ingredients was familiar (except perhaps for the tempura enoki), the dish was not very complex. Complexity seems like such a subjective measurement. For some people a Vietnamese Pho would be complex, where for others it would be incredibly familiar.

It raises a good point because what about the people who eat Pho regularly over the course of their whole lives? I think they still enjoy the dish. Although, perhaps not with the same relish as their 50th or 100th try of this dish. It seems exceptionally hard to measure.

I would agree that repeated exposure to Breakfast Thieve’s Mr Kok Kok Kai would result in further cravings for the dish, based on the specific ingredients and their combinations. In this way, the model of complexity versus liking is a good model to explain repeated exposure to foods and improved liking.