prevention of obesity in preschoolers 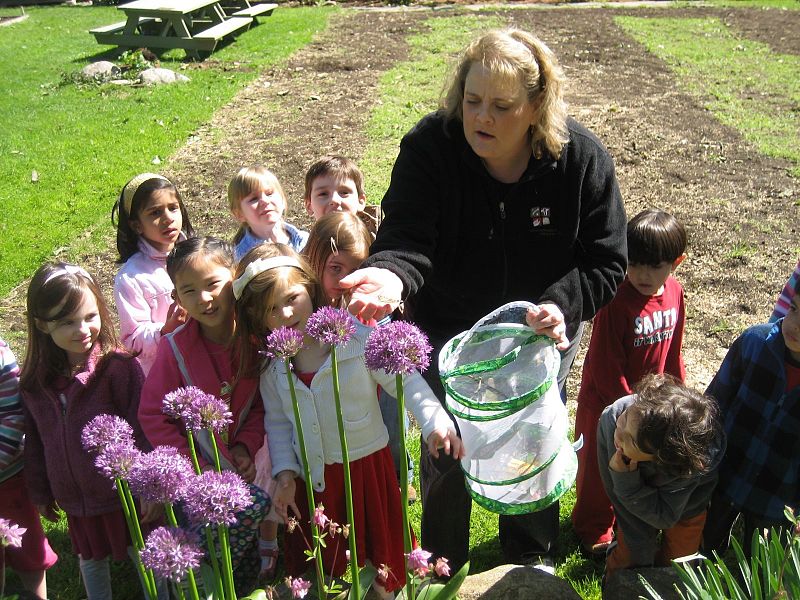 11 Sep prevention of obesity in preschoolers

Posted at 19:38h in Nutrition science by admin 0 Comments
0 Likes 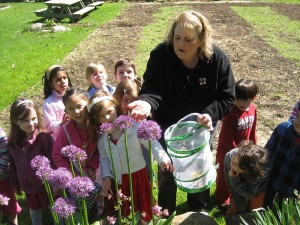 Prevalence of obesity in Australian children

The 2007 Australian National Children’s Nutrition and Physical Activity Survey (1) found generally that 17 % of children were overweight and 6 % were obese in 2007(1) The table below shows the rates for children between 3 – 5 years of age.

Table 1: Proportion (%) of children classified as overweight or obese by age and Gender. Children’s Survey 2007 (1)

This demonstrates the concern for obesity in children which is likely to increase over the next decade.

Health implications of obesity in children

Children who develop obesity in early childhood are more likely to become obese as adults. (2) As such they are more likely to develop premature illness or suffer premature death, due to diseases such as diabetes, heart disease, cancer, osteoarthritis and hypertension. (2,3)  Obesity can also impact negatively on their self esteem and social connectedness. (3) Children who are overweight or obese are more at risk of suffering from diseases such as ‘asthma, sleep apnea, hypertension, abnormal glucose intolerance, and type 2 diabetes.’ (4)

The aim of the nutrition intervention is to reduce the percentage prevalence of obese and overweight children as measured by the BMI and BMI Z scores of both genders in the childcare setting in the Queensland area by 5 % over a period of one year.

1.  To increase the amount of fruit and vegetables consumed by preschoolers of both genders in child care settings to 0.5 extra portion of each per day over the period of one year.

2. To reduce the number of Energy Dense, Nutrient Poor (EDNP) foods consumed by children at child care settings in Queensland to 1 per week over the period of one year.

Theoretical basis of the program

The theory that forms the basis of the program is the Social Cognitive Theory. This theory is applicable to children because it takes into account the fact that behaviour is shaped by the environment and other people (5) and that reinforcers in the environment help to shape behaviour. (6) For preschool children, behaviours are usually governed by attitudes of their parents and caregivers. They are also influenced by the attitudes and behaviours of their peers. (6)

There is evidence in the literature that a combination of role modelling or observational learning, can change children’s expectations about the values of behaviour. (7) When combined with rewards or incentives for behaviour are very effective in changing the behaviour of very young children to eat more fruits and vegetables. (6) This is applicable to the first two strategies of the program, which use role modelling, and environmental strategies such as the supply of fresh fruit and vegetables in childcare centres, combined with the strategy of rewarding children, to form an incentive for eating more fresh fruit and vegetables.

The third strategy of the program, the development of healthy food policies for lunchboxes is an example of reciprocal determinism, (5) where the environment is adjusted, and parental attitudes are modified to enable changed behaviours.

The fourth strategy of parent workshops, is an example of reciprocal determinism, or modification of parental attitudes, as well as behavioural capability, or giving parents skills training and mastery of their learning in the realm of children’s eating habits.

The relevant change method for this program is that of systemic change in organisations. Systemic change occurs when successful strategies are implemented in an organisation over the long term. It is derived from the paradigm of Action Research (7) This change method involves consultation with the stakeholders, namely the directors and staff of the childcare centres, government organisations who have prepared healthy eating policies and the parents of children attending the childcare centre. This consultation process should result in a greater success of the program, where the program objectives and implementation will reflect the desires and objectives of stakeholders.

Systemic change in organisations uses past successes of previous programs to guide the development of strategies. (7) The process is iterative, and the program will be evaluated at the end of one year. The evaluation will guide changes to the strategies (7) such as the role modelling videos, food tasting, healthy eating policies and parent workshops. Future staff will be trained in the weekly food tasting activities, to ensure that the changes become an enduring part of the culture of the child care centres after completion of the program.

Systemic change in the child care organisations is also implemented through developing policies regarding what is appropriate and not appropriate in school lunch boxes. Once these policies are developed and a process is implemented for monitoring of the outcomes, they can become institutionalised and employed in an ongoing fashion.

Strategies for nutrition intervention in the childcare setting

A series of adventure cartoons, shown on DVD, in the childcare setting, once weekly over a period of 14 weeks. These episodes will use the strategy of role modelling children slightly older than the target group of 3 – 5 displaying positive behaviours with respect to eating fruit and vegetables(6,8)

Through observational learning, children will learn new expectations of behavior, and values which will contribute towards the objective of encouraging children to eat more fruit and vegetables.

Fruit and vegetable tastings, to be held at mid morning snack time, once weekly, where children can choose snacks from a platter in the centre of the table. Children will receive a sticker from the above adventure series for trying a fruit and vegetable, and a reward that is meaningful to the child such as a pen, or an eraser, branded with the above adventure series for eating a whole portion of fruit or vegetable. Staff will encourage the children to make pictures out of the fruits and vegetables on their serviettes.

Review and develop policies with each child care centre for what is appropriate and inappropriate in food lunch boxes. These will be distributed to parents and staff will require that these policies are adhered to, rather than recommend that policies are followed. They will regulate the policy by monitoring children’s lunch boxes and disallowing, sweetened drinks and other energy dense and nutrient poor (EDNP) foods.

This strategy contributes to the aim of reducing EDNP foods in lunch boxes. Through communicating with parents through a policy on what is appropriate and not appropriate in lunch boxes and then monitoring and enforcing the policy, staff will utilise reciprocal determinism to reduce EDNP foods consumed.

Provide free series of workshops for parents to be held once a term at the child care centres to give parents skills in areas such as role modelling, how to deal with fussy eaters, the benefits of eating together as a family, and what they can do to help children develop healthy habits for their lifetime.

This will contribute to both objectives through behavioural capability of the parents.

Two nutrition programs, which have shown that role modelling with characters who demonstrate healthy eating practices, are the ‘Food Dudes’ program in the UK (8) and ‘Popeye’ videos in Thailand. (9) Both of these programs have been very effective at encouraging children to eat more fruits and vegetables. (6,8,9)

Taste testing was another element of the Food Dudes program, which encouraged children to try new fruits and vegetables and rewarded them for trying or for eating a whole portion. (6) This part of the program when used in concert with role modelling significantly increased the effectiveness of the program. (7)

This program also resulted in a significant decrease in BMI Z scores compared to the control group of -0.15 (p=0.022). (10) This provides further evidence for the fact that engaging children in tasting of fruit and vegetables and making it fun for children can contribute to the overall goal of this program.

There is robust evidence in the literature for the fact that developing and monitoring a food policy for what parents should put in and leave out of lunch boxes is an effective method for reducing the number of EDNP servings eaten each week and reducing BMI scores. (10 -12)

The Romp and Chomp intervention resulted in a ‘virtual elimination of EDNP food portions at the end of the study’ (12). They also successfully increased parent adherence to healthy eating policies from 20 % to 100 %. All the intervention child care centres required provision of healthy food compared to 48 % of the control sample. Furthermore 70 % of the intervention centres restricted packaged snacks in lunch boxes coming to school. (12)

As the Romp and Chomp program successfully reduced intervention scores in weight as well as BMI, it provides evidence that this strategy will contribute to a reduction in BMI scores of the children in the program.

The Romp and Chomp program saw a 3.4 % decrease in the prevalence of overweight / obese children in the 3.5 year old sample. (12) There were also significant reductions in BMI and BMI Z scores in the 3.5 year old children, providing evidence that the strategies they employed were successful.

The Tooty Fruity program implemented workshops for parents about fussy eating and healthy eating skills. As mentioned previously, this program saw an increase of fruit and vegetable consumption, a reduction in EDNP foods in lunch boxes and a reduction in BMI Z scores of children in the intervention. The parental involvement was seen as a big part of the success of the program (6).

The Food Dudes program provided a video to parents about how to encourage healthy eating, as it was found that children developed their healthy eating habits from their parents. (8)

The program does not address other causes of obesity such as increased screen time and decreased amount of time involved in physical activity in preschool children. Studies have shown that the most effective way to prevent obesity in children is to use multi modal interventions including increased physical activity and reducing screen time (13).

The implications of this limitation is that there might not be as large a decrease in the BMI scores and the corresponding percentage of children who are overweight or obese, as there would be in a multimodal program.

The cost to the childcare centres of the rewards given to children for tasting and eating portions of fruit, could accumulate and become prohibitive, when funding for the program ceases.

This program, based on Social Cognitive Theory, is likely to succeed because it is based on strategies that have been successful in previous interventions. Role modelling, non food rewards, healthy eating policies and parent workshops will be used to achieve the objectives of the program. These strategies have been shown to be successful in reducing the prevalence of obese and overweight preschoolers, and can be implemented through systemic change in childcare settings in Queensland.

4. Nicole A. The Health Care Cost Implications of Overweight and Obesity during Childhood. Health Services Research. 2012; 47: 655-76.